I bring you and your gifts into focus…
…and raise the level of your video to meet your expertise.
Video Tips

Sign up to see the gear I use and recommend.
I choose quality products that are well-priced and with my top picks you'll shoot professional looking videos from your phone with ease.

By signing up to see my Gear page you may receive occasional emails with my latest product recommendations or useful video information. Your name and email won’t be shared, sold or abused and is 100% secure.

“There are tips. There are tricks. And then there is the journey.”

I’m glad you’re here. Because video is unavoidable.
And the need to be at your best has never been more crucial.

Whether you’re…
An Entrepreneur or Business Professional.
An Expert or Thought Leader.

Whether you use video for promotion, marketing, training
or an interview at a summit…
If your performance falls short or your message fails to connect…
You damage your brand, your credibility and your bottom line.

It’s not uncommon to be camera-shy.
To lack confidence.
To feel uncomfortable or self-conscious in front of the camera.
Or simply lack the tools you need to make video work for you.

And while you can get past these obstacles.
It’s nearly impossible getting past them on your own.

It takes an outside trained and discerning eye.
Someone to help you see yourself so you can be yourself in video.

To help you find confidence and credibility on camera.
To insure every aspect captures who you are and what you do.
Someone with the tools to help you connect with your audience and develop a relationship.

You undermine your brand and damage your bottom line.
And that is a loss none of us can afford.

If you are ready to raise the level of your video to meet your expertise.

Reach out. Let’s have a conversation.
See if we’re a fit. And if we are.

Virtual or In Person. Global or Local.
Our work is individualized. There is no one-size-fits-all.
Private Coaching | Group Workshops
Together we’ll reach your personal best. Not someone else’s best. But your own unique best.
And if you’re so new to video you don’t even know where to begin…we’ll do that too!

“When you come to video prepare to be imperfect.
Because that is where we find you.”

By signing up to watch my video you may receive occasional emails with useful video information. Your name and email will never be shared, sold or abused and is 100% secure. 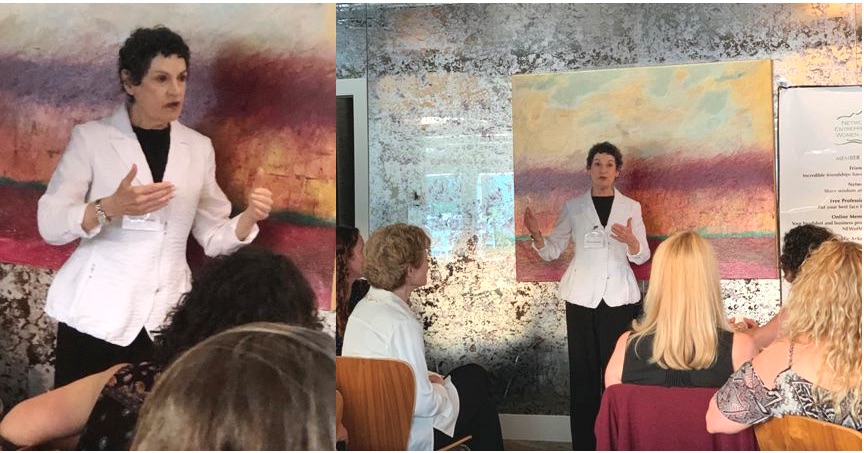 Elaine inspires and educates her audience on the topics of… ““…great presentation last night, you certainly are a pro.“ “The best speaker we’ve ever had”

“I’ve been a member of NEW [Networking Entrepreneurial Women of Marin] for several years. We’ve had good speakers and some who could have been better. I would like to announce you were the best speaker we’ve ever had. Thank you for your wise words and your believable presence.“

Barbara Squires – The Busy B

“Want to say that you are a natural at presentation, as well as incredibly talented at your craft. Your broadway story at the end was a seat gripper, stunning.“ “Thank you Elaine Hausman for sharing your wisdom, your gifts, your talents and even more importantly your beautiful spirit of authenticity and kindness!”

I spent 18 years as a Juilliard-trained professional actor working with some of the finest award-winning directors and designers in the American Theatre.

I learned more than acting at Juilliard.
I learned what it meant to be credible and watchable.

And through it all I gained an appreciation and understanding of visual composition which lead me to see things from a creative point of view with a real eye for detail ever since.

From acting I unexpectedly went into Marketing and Sales. I spent 22 years as a consultant behind company brands as a spokesperson, brand ambassador and educator in such diverse fields as home fragrance and concierge medicine.

Whether selling products for the American leader in home fragrance or high-end concierge medical programs, I found an unanticipated love and ease in sales. I first met Elaine Hausman at The Juilliard School. She was widely acknowledged as an extraordinary actress and her subsequent career on Broadway and Off provided her with an array of dazzling roles, both comedic and dramatic. I had the great privilege of working with Elaine on the Golden Globe-winning TV series “Nip/Tuck,” where I was a writer and Executive Producer. Elaine played a woman who accidentally lit her face on fire. Her performance was so rich and poignant that the entire writing staff demanded the character return and she soon after became a recurring role.

Elaine’s later transition into the world of business was a loss for the performing arts, but one that makes perfect sense. It allowed her to expand the unique and creative approach that served her as an actress so successfully; her keen eye for detail, her meticulous professionalism, her masterful ability to present herself with poise and dynamism easily translated into the fields of marketing and sales to great effect.

I’ve watched Elaine derive enormous pleasure and satisfaction establishing personal relationships in her business endeavors while helping to solve problems with the same passion, commitment and thoughtfulness she employed as an actress. There’s no one I would trust more to maximize my on-screen presence and help me represent my business to its full potential. Elaine is my video performance coach on the wonderful mission to help me become more ‘credible & watchable’ during my online courses and trainings. Her guidance and methods are simply priceless. I went from being nervous to being confident, from being ashamed about my flaws (English is my second language) to being relaxed (even proud) about them and from being camera shy to being camera confident. Working with Elaine would be a total game changer for anyone who wants to perform at their best. 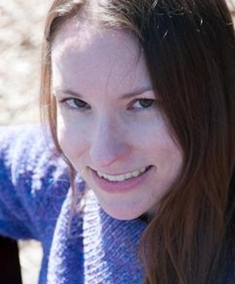 I got the Hillary Clinton part that I auditioned for! Wow! I can’t believe that I’ll be making my stage acting debut, and at the legendary Second City in Chicago, of all places. Thank you so much, Elaine, for giving me some wonderful acting tips that were super helpful to me and helped me nail my audition and get the part. Elaine also has a great YouTube channel that gives amazing tips for those looking to be more comfortable being on video. I highly recommend that you work with Elaine. Whether you need acting or tips or whether you’re looking to greatly increase your comfort level on camera, Elaine has the skills, expertise, and know how to take you to the next level. Thank you, Elaine! 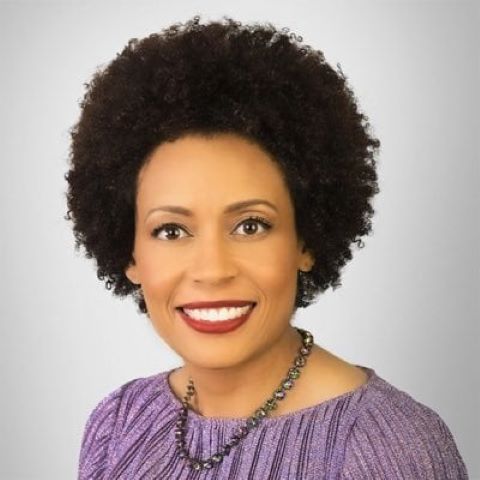 Elaine is a godsend. She has been instrumental with my on screen confidence. She has given me the tools to transfer my energy to the viewer. She guided me through the making of my spectacular brand video produced by Taylor Boone https://taylorboone.com/ and winning a pitch competition. 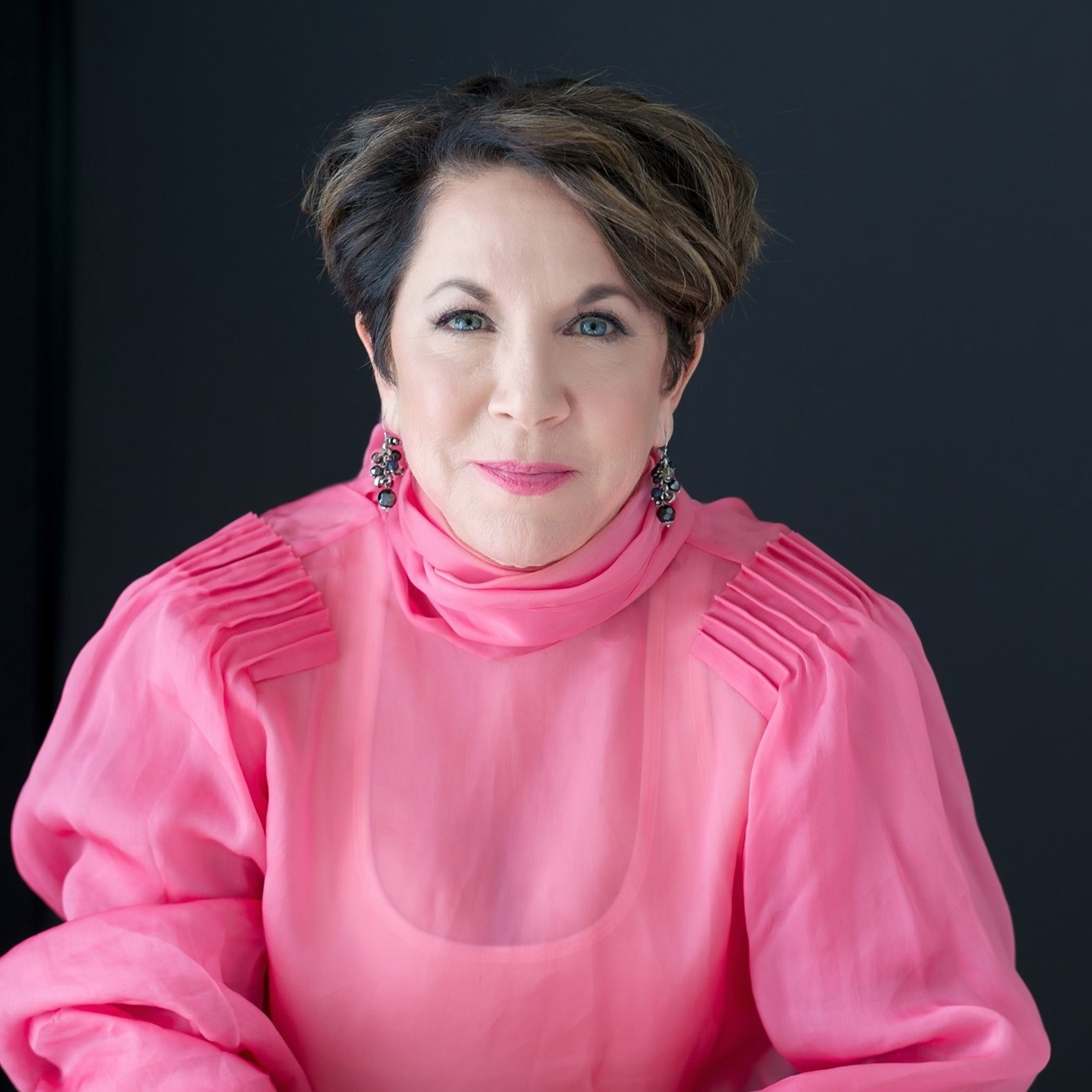 Thank you, Elaine, for assisting me in the preparations for my Real Estate video shoot. I have never been comfortable in front of any camera. Working with you was personally, and professionally effective in many ways. I did not know how my voice and my personal body language was so important on camera. Also, the ease of having you help me with angle of the camera, clothes, and the background allowed me to focus on my message and the story I was telling when getting ready. Most important was having you define my story and give me homework specific to areas that needed more work. I appreciated the permission to be myself and allow my “inner quiet vulnerability” to shine out. The result was exactly what I hoped for. 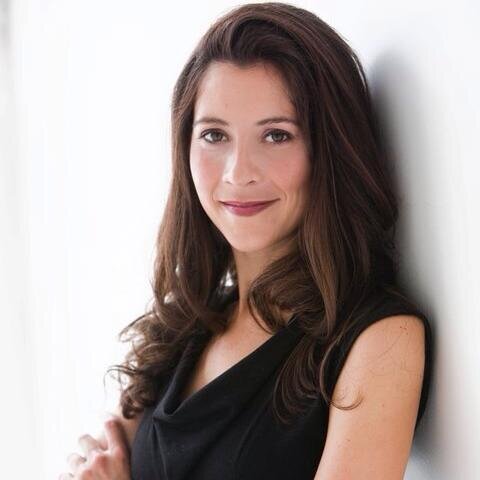 As we pivoted our brick and mortar healing arts studios and offerings into the virtual world, video has become all-important. We needed to master the technical aspects of digital, but also wanted to learn how we could convey the nature and purpose of our business – caring, empathy, personal connection – onto the screen. Elaine’s advice was invaluable in helping me learn subtle-yet-powerful ways to connect with our audience… from body language, placement and posture, lighting and timing to understanding the differing ways people receive digital information. She brings technical expertise and direction, a broad range of impactful advice, and true joy and enthusiasm to her craft. I’d highly recommend Elaine’s workshops and guidance to anyone looking to bring their business to life on-screen with vibrant authenticity. 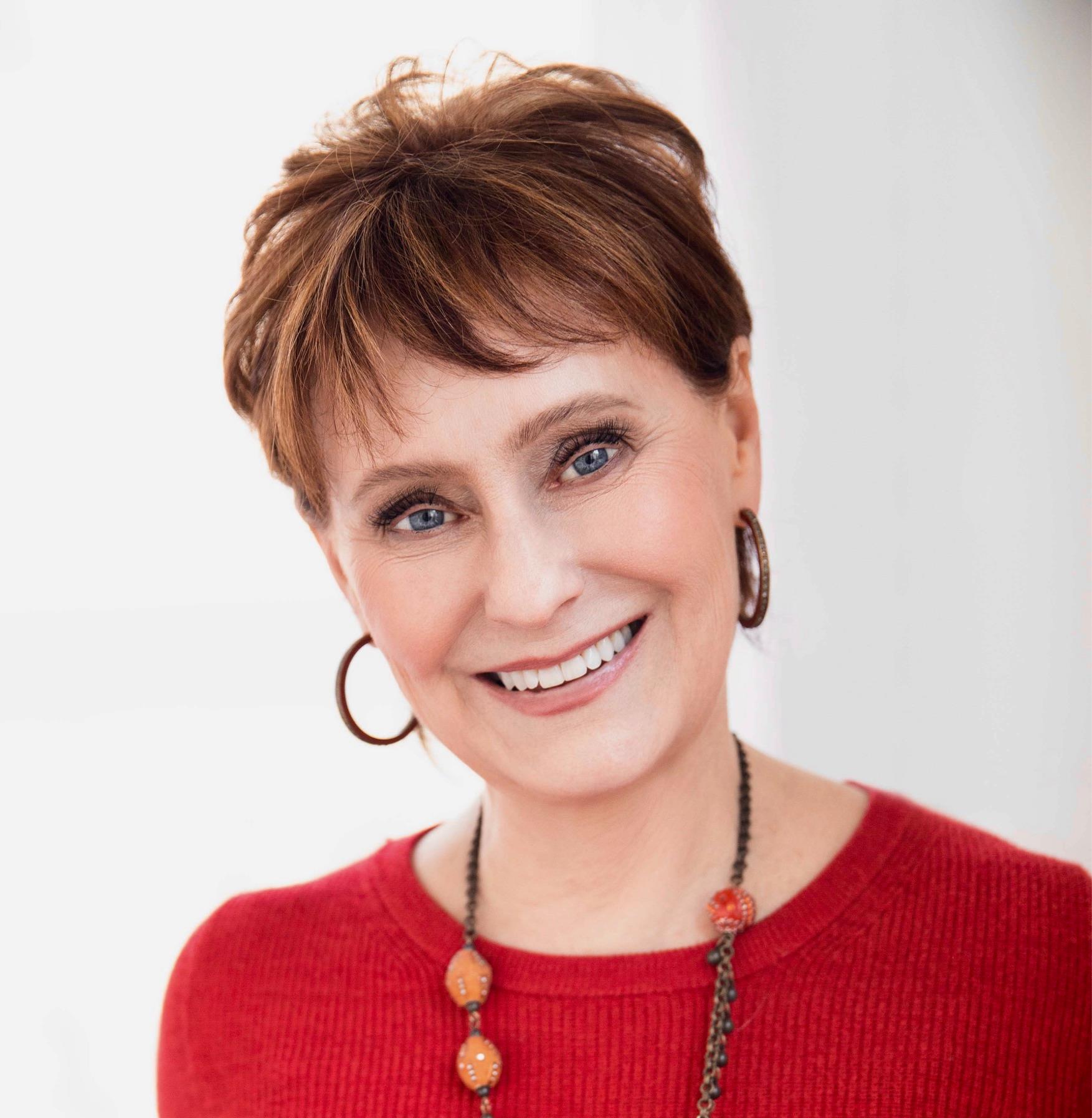 My fear of video was off the charts, but I knew I had to get with the program and start including it in my marketing plan. Elaine has a gentle and understanding approach which put me at ease right away. She blends practical tools and fresh ideas together that were geared towards my business. Elaine is a natural teacher and adapted to my style and helped me to express my personality and business objectives on video. Zoom calls with Elaine were fun and with each session I felt more and more comfortable with video. 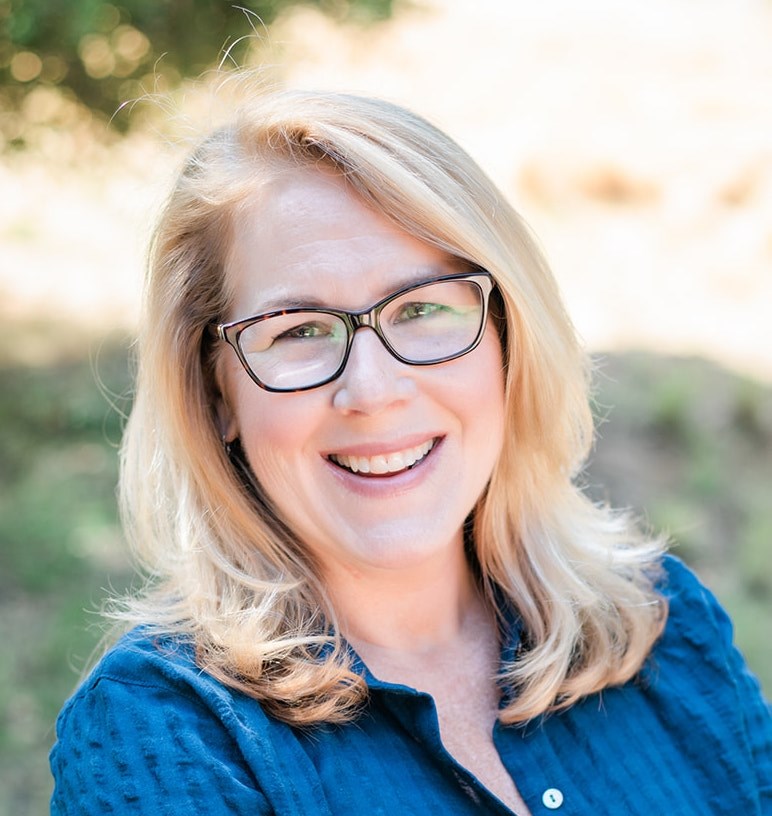 Working with Elaine was wonderful! She really guided me as I was working on video delivery. She offered strong, effective feedback that helped boost my confidence exponentially!! 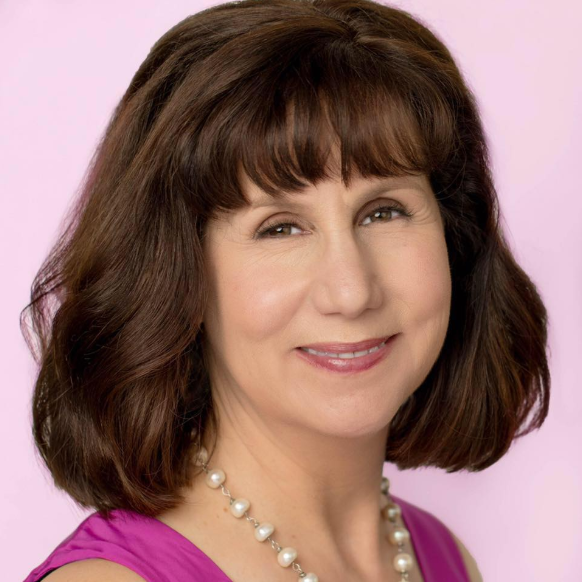 I highly recommend working with Elaine. She has so much knowledge, and is kind and so encouraging in her teaching style! I’ve benefitted so much and now feel so much more confident in using video technology for my business! 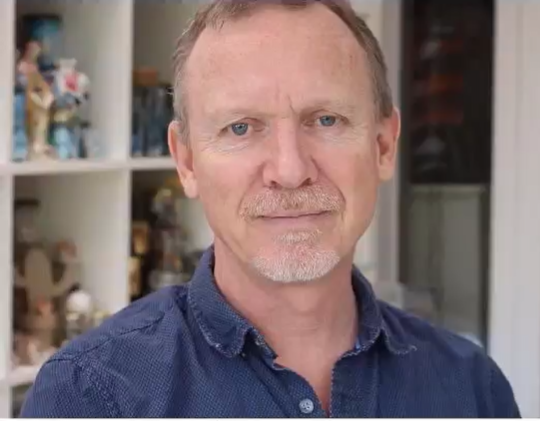 You taught me to get out of my own way so that I can give the value that others are looking to me for. Thank you Elaine. 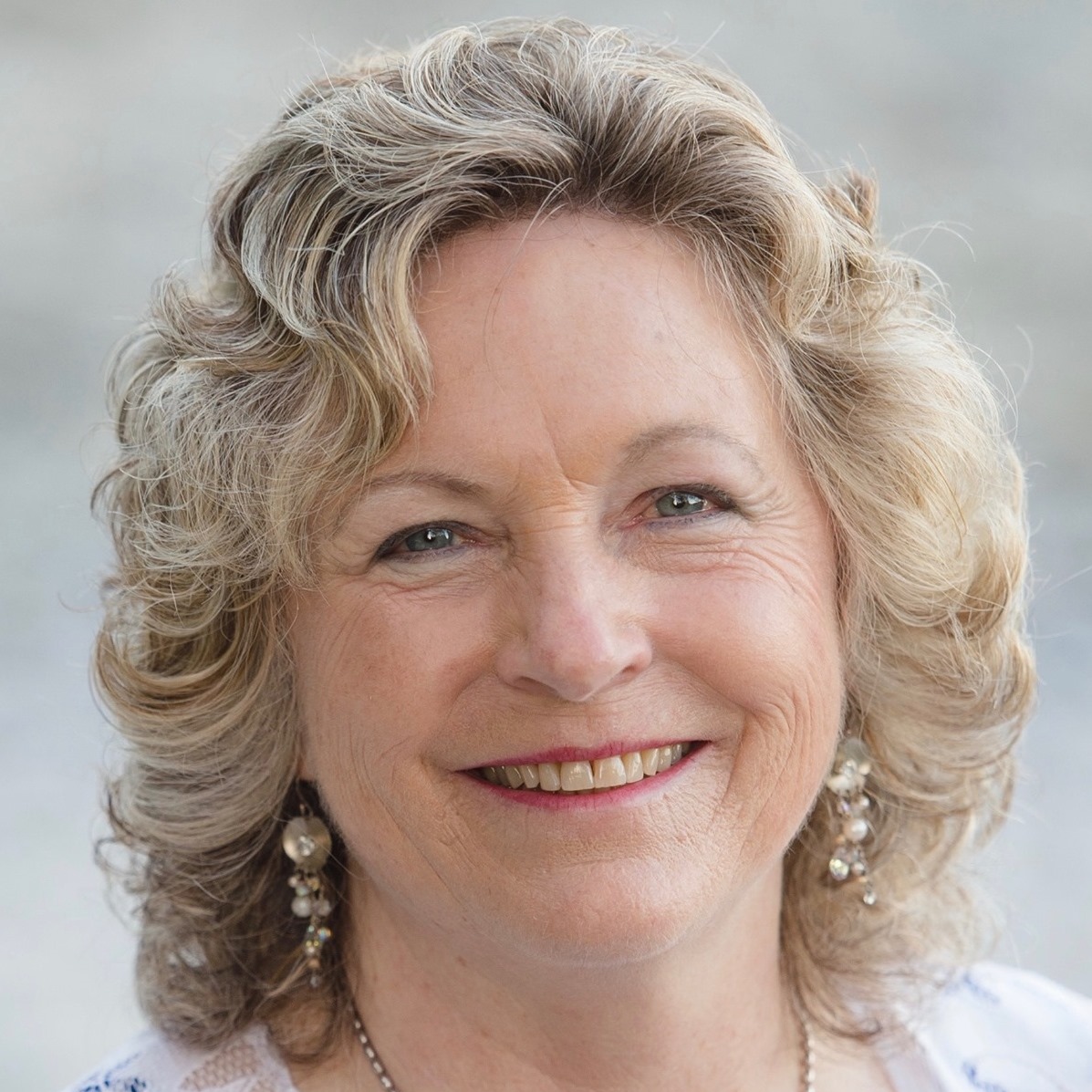 You are such a calm speaker filled with confidence. Your tips from your workshop were very helpful in giving me courage to start doing videos, then Live videos. Today I took it one step further – I did a Facebook Live video via Zoom! I’ve already have 2 engagements! Again, you gave me the confidence to start this process. I’m forever grateful. 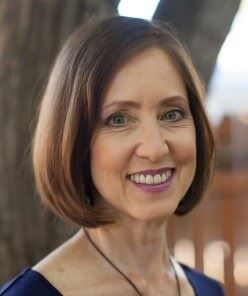 I think of you often when I’m doing videos or speaking gigs. You upleveled my confidence and I am so grateful for that. 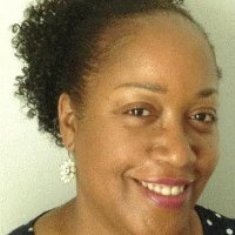 I really enjoyed your videos. I really appreciate your content and even keel delivery. It’s inspiring to see you highlighting your gifting/sharing lessons learned/taught while using your visibility to demonstrate compassion for those who need it most. 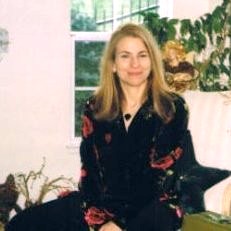 Elaine, You have a magic way of simplifying the most complex of subjects and bringing it down to it’s bare essence. And in doing so, making it completely easy to understand. If only more teachers and people in general, followed your concept of speaking to be understood. It would make communication between people so much easier. Brilliant analysis! 🙂 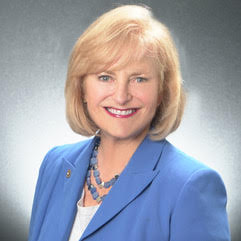 I worked side-by-side with Elaine in a senior living environment for over 3 years. She has a gift for developing trust-based relationships. More than that, her personal standards of excellence and impeccability cannot be matched. Her strong skills reflect her high standards. 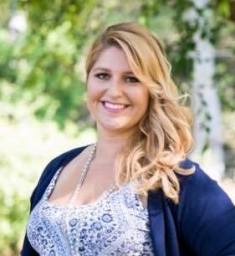 I had the wonderful opportunity to work with Elaine Hausman in two different settings. I found her to be exceptionally personable and professional. She is warm, friendly, articulate and compassionate. She engages her audience with sincerity. Elaine was a true pleasure to work with. As my career has developed since working with her I have not yet met another person like Elaine.

UPLEVEL YOUR VIDEO TO GROW YOUR BUSINESS

Elaine brings her unique lens and depth of experience to capture who you are
and what you do and raise the level of your video to meet your expertise.

Upleveling your video is the most important next step in your business.
Contact Elaine to find out how she can help you take that next step.